Berlin is quite possibly the coolest, quirkiest and most unique city on earth, and as such, a fitting location for our first ever Wilde Aparthotel in Germany. Fascinating history, vibrant culture, cutting edge architecture, creative spirit, liberal lifestyle and an unparalleled party scene all combine to make the German capital a city like no other.

And Berlin’s not just for hipsters, ravers, culture vultures and history buffs. No matter your age, life stage or interests, Berlin’s got something for you. Business travellers will be inspired by its flourishing start-up scene, families will love its green spaces, lakes and child-friendly set-up, and luxury seekers will bask in its Michelin-starred restaurants and opulent spas.

Berlin’s a cinch to get around too, and any visit should include trips to world famous sites such as Museum Island, the Reichstag, the Brandenburg Gate, the Berlin Wall and last but by no means least, Checkpoint Charlie, where our delightful new Wilde aparthotel is located.

But just as impressive as Berlin’s many major attractions is simply wandering its neighbourhoods with no fixed agenda. Every turn uncovers interesting cafes, clubs, bars, restaurants, shops, museums, galleries, parks and people. And we can’t wait to warmly welcome you to your gorgeous new home away from home there. 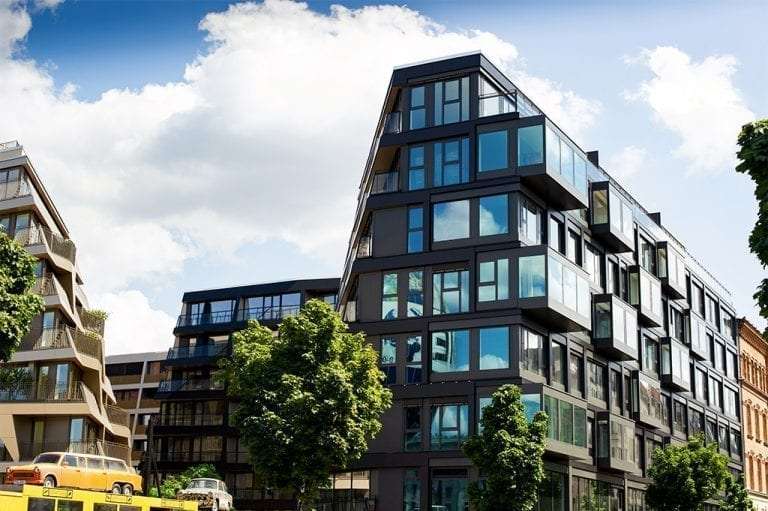 Centrality is key to the Wilde experience, with Wilde Berlin being no exception. Our brand-new aparthotel in the German capital is located just steps away from Checkpoint Charlie, the city’s most famous and popular attraction, which lies at the very core of the city where East and West were reunited, in the neighbourhood of Berlin-Mitte. This area not only meets all your daily needs, but you’re also close to Berlin’s top attractions and best infrastructure.

From Wilde’s home on Zimmerstrasse, you’re also just a few steps away from Potsdamer Platz and the Welt-Balloon (which rises every 15 minutes and provides the most spectacular views of Berlin) as well as Friedrichstrasse and Boulevard Unter den Linden, two of Berlin’s most important streets. You’re also close to Brandenburg Gate, while Berlin Tegel airport can be reached within 25 minutes.

Better yet, Wilde Berlin is located within Charlie Living, a new complex, which in typically Berlin style, is at the vanguard of urban planning and design. Comprising four main buildings interlinked by spectacular landscaping, Charlie Living combines the residential with a highly select few commercial spaces, chief among them Wilde, as well as a restaurant, shop and virtual reality centre.

Today’s traveller wants to live like a local, and in Charlie Living, you’ll be among real Berliners, doing exactly that.

The Benefits of a Serviced Apartment

The Wilde experience delivers the perfect blend of home and hotel in the most central locations in Europe’s most vibrant cities. Our fully equipped kitchens allow for self-catering just like in your own home, while services such as free WiFi and 24-hour reception mean you get the best of hotel services too. This leaves guests happy as can be to explore the incredible city that is Berlin.