STAYCITY SET TO OPEN ITS FIRST RESORT-STYLE PROPERTY IN PARIS 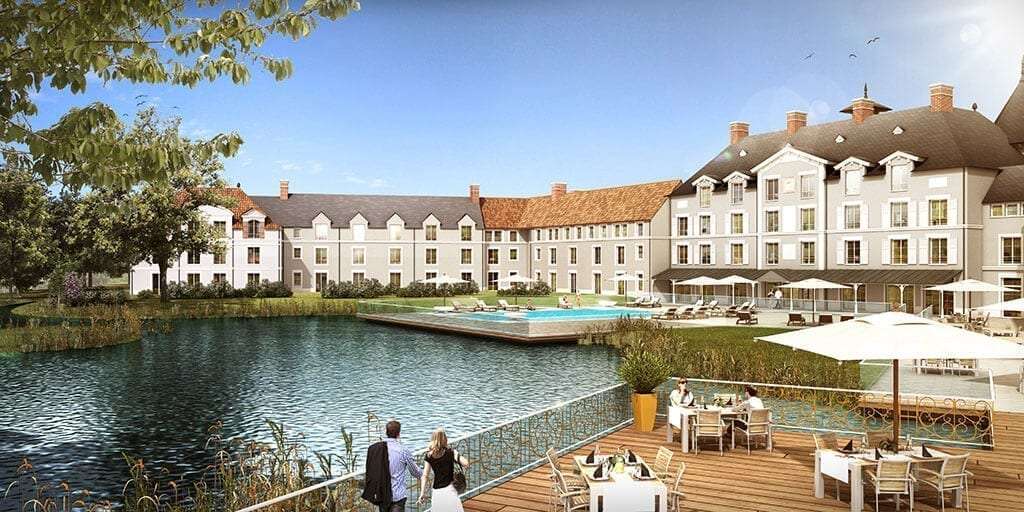 Guest facilities include a lounge, children’s play area, gardens, and gym as well as a free shuttlebus to and from Parc Disneyland® Paris. The property has parking for 182 cars and has three meeting rooms with a break out area for business and conference use. Marne-la-Vallée is Staycity’s second property in Paris.

“We are thrilled to be opening in this fantastic location with what will be our first property with extensive leisure facilities alongside holiday villas,” commented Tom Walsh, Staycity’s CEO and co-founder.

“Marne la Vallée will particularly appeal to leisure guests and the villas will be popular with families or groups of friends, although our guest profile is still expected to be around 20-30% corporate business.”

Average stay is anticipated to be around 3.5 nights with the majority of guests coming from Europe. Bookings will be taken via the company’s website, www.staycity.com, as well as via OTAs and tour operators.

In addition, the fast-expanding Staycity, which has some 7,000 apartments [operational and pipeline] across Europe, will this year open new properties in Berlin, Venice, Edinburgh and Manchester.

The company recently announced the acquisition of a former theatre site on Francis Street in Dublin, which will open in 2020 as a 242 apartment Staycity Aparthotel together with restaurants, shops and an exhibition centre. A second major deal will see the company open 248 apartments in London’s Paddington as part of a €231m, 620-room hotel and aparthotel complex. Staycity is also involved in the construction of the Paddington venture in a three-way joint venture partnership with The Pickstock Group, Staycity and BSW Land & Property. The development is scheduled for completion in 2021.

Staycity operates under the Staycity Aparthotels brand and its premium Wilde Aparthotels by Staycity brand. The group’s growth target is to reach 15,000 apartments by the end of 2023.

Award-winning Staycity Group is a privately held company based in Dublin established in 2004 by CEO Tom Walsh and his brother Ger. The company has since become Europe’s leading independent aparthotel operator, offering quality short-term and long-term aparthotel lettings in 10 central city locations across Europe. The properties operate under the Staycity Aparthotels brand and its premium Wilde Aparthotels by Staycity brand.

Staycity’s aparthotels appeal to both business and leisure travellers who are looking for a more user-friendly, cost-effective alternative to hotels. Staycity’s properties are made up of studios, one-bedroom and two-bedroom apartments offering 24-hour reception, kitchens or kitchenettes, a dining area, sitting area and bathroom as well as complimentary Wi-Fi access, flat-screen TV, guest laundry facilities and weekly housekeeping. Most sites have car parking and many now offer a dry gym, guest lounge and café selling breakfast, all-day snacks and drinks.

In 2015 Staycity Group won the ‘Industry Breakthrough’ award at the Association of Serviced Apartment Providers (ASAP) Annual Awards and was inducted into the Tripadvisor Hall of Fame. In 2016 the company was highly commended in the ‘Business of the Year’ category at the ASAP Awards. In 2018 Staycity won ‘Best Operator’ in the Serviced Apartment News Awards while in 2019 CEO and co-founder Tom Walsh was awarded the accolade ‘Industry Inspiration’ at the same awards as well as being shortlisted for ‘Best Property’ for Wilde Covent Garden, and ‘Best Operator’.