Staycity this week announced that Stephen Vernon’s John Pollard Foundation has acquired a 5% shareholding in the company. Stephen is one of Ireland’s most accomplished property entrepreneurs and a well-known philanthropist through the John Pollard Foundation, named after his grandfather. He is also the co-founder of Dublin and London listed property investment company Green REIT Plc and chairman of the investment manager. 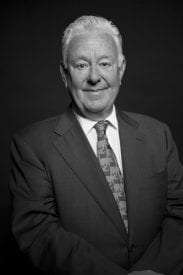 Vernon joins the Staycity board as a non-executive director but intends to take an active role by working with CEO and co-founder Tom Walsh and his team in achieving their growth targets. The transaction was arranged by Investec Corporate Finance.

“I’m delighted to become involved with the Staycity Group,” commented Stephen Vernon. “It’s a dynamic business with exciting growth plans to be the biggest pan-European aparthotel company – I’m very much looking forward to being a part of that.”

Said Tom Walsh: “It is an honour to have Stephen join our board and for his foundation to join our shareholder group. Stephen will add enormously to our success and our ability to secure future sites – and most importantly, he is a great fit for our culture. I look forward to many years of interesting and challenging collaboration with him as we continue on our ambitious journey to scale the business.”

Dublin-based Staycity, established in 2004 by Tom Walsh and his brother Ger, now has 7,000 apartments [operational and pipeline] across the Staycity Aparthotels and Wilde Aparthotels by Staycity brands. In December 2018 the company opened its fourth property in Dublin, with 50 apartments in Chancery Lane and this year will open further properties in Paris, Venice, Edinburgh, Berlin and Manchester. Staycity’s target is to operate 15,000 apartments by the end of 2023.

The award-winning Staycity Group is a privately held company based in Dublin offering quality short-term and long-term aparthotel lettings in central city locations across Europe. The properties operate under the Staycity Aparthotels and Wilde Aparthotel by Staycity brands.

Staycity’s aparthotels appeal to business and leisure travellers who want a more user-friendly, cost-effective alternative to hotels. Staycity’s properties are made up of studios, one-bedroom and two-bedroom apartments offering 24-hour reception, kitchens or kitchenettes, a dining area, sitting area and bathroom as well as complimentary WiFi, flat-screen TV, guest laundry facilities and weekly housekeeping. Most sites have car parking and many offer a gym as well as a lounge and café for breakfast, all-day snacks and drinks.