Fast-expanding European aparthotel operator Staycity Group has announced the appointment of Wayne Arthur as chief financial officer, succeeding finance director Colm Whooley, who is stepping down from his role to pursue personal interests.

“Colm has been an integral and respected member of the board and the management team for 9 years and together we have grown the company significantly in this time. I would like to sincerely acknowledge his contribution and unflinching support and thank him for the commitment and expertise he has brought to Staycity during what has been a period of rapid growth. He will be much missed by myself and the team,” said Staycity CEO and co-founder Tom Walsh.

Wayne Arthur joins Staycity in mid-January from casual dining chain Prezzo, where he has been CFO for the past two years. Prior to that he was finance director of Premier Inn having held a number of positions at the company including financial controller, head of trading (responsible for revenue management and pricing), strategic planning director, and three years as finance director for the UK business. 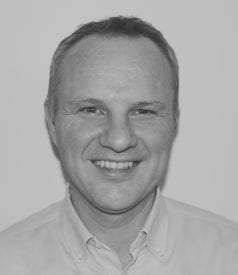 “Wayne brings a wealth of experience gained over 20 years in financial roles in the hospitality sector, including 10 years at Premier Inn where he was part of the growth story from 10,000 to 65,000 rooms. His broad commercial and financial expertise will be a huge asset in supporting Staycity deliver further growth plans and I look forward to welcoming him to the team,” added Walsh.

Commenting on his appointment, Wayne said: “I am delighted to be joining Staycity at such an exciting part of its expansion phase. Staycity has a fantastic, well-defined customer proposition, which receives industry-leading guest reviews. I feel very fortunate to be joining such a great team in a sector that I enjoy.”

Dublin-based Staycity, established in 2004 by Tom Walsh and his brother Ger, now has 4,500 apartments [operational and pipeline] across the Staycity Aparthotels and Wilde Aparthotels by Staycity brands. In December 2018 the company opened its fourth property in Dublin, with 50 apartments in Chancery Lane.

Award-winning Staycity Group is a privately held company based in Dublin and offering quality short-term and long-term apartment and aparthotel lettings in central city locations across Europe. The properties operate under the Staycity Aparthotels and Wilde Aparthotel by Staycity brands.

Staycity’s properties are made up of studios, one-bedroom and two-bedroom apartments offering 24-hour reception, kitchens or kitchenettes, a dining area, sitting area and bathroom as well as complimentary WiFi, flat-screen TV, guest laundry facilities and weekly housekeeping. Most sites have car parking and many offer a gym. The company’s most recent openings, such as London Heathrow, York, Birmingham Newhall Square, Manchester Piccadilly and Marseille have a lounge/café for breakfast, all-day snacks and drinks.